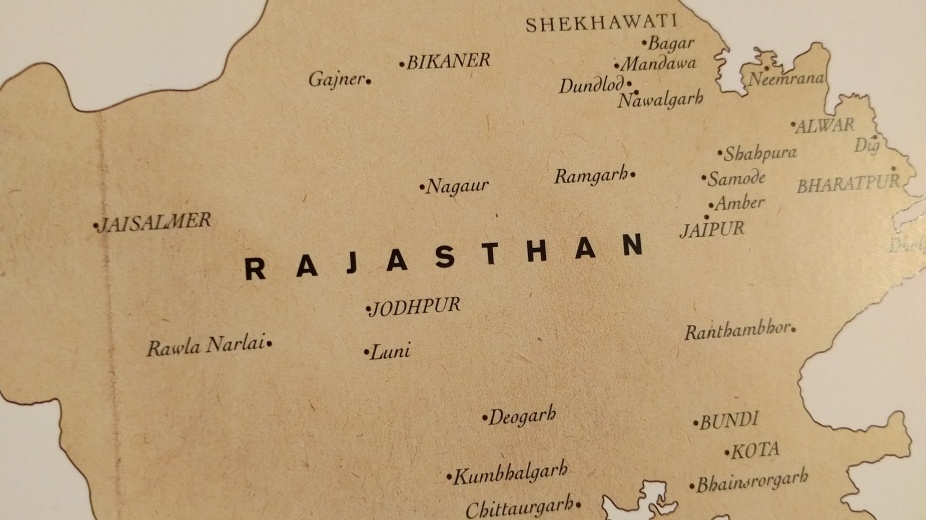 Rajasthan is a popular destination India that gets extensive coverage in foreign countries. Palaces, Desert Camping, Festive colors, Safaris, Fairs, Religious circuits; the state packages everything that ‘The Land’ has to offer. Rajasthan has one of the best road and air connectivity in the country and tempts many in to taking road trips across the state. The blog below, authored by my daughter Rashmi, seeks to capture the beauty of Rajasthan through her eyes and words. The trip was organized towards the closing stages of the tourist season in the month of March. The weather is warmer than usual during the day but the evenings are pleasant with the hangover of winter. This road trip across Rajasthan was done over a period of 7 Nights and 8 Days.

Nagaur – A city that finds mentions in the Mahabharata

We started off our day with a hearty breakfast at Suryagarh, in the restaurant, which serves authentic Rajasthani delicacies. There are a few items that are mostly present at every hotel for breakfast like eggs, paranthas and a lot more things…This place also had the traditional sweets of rajasthan and the authentic Dal Pakwaan which is is also known as lentil crackers..We had a yummy breakfast and headed to the reception to check-out.

We had a last few glimpses of the spectacular resort and finally left the property with a vote of thanks to all the staff who work hard day and night to keep their guests happy.

Next, we had a drive from Jaisalmer to Nagaur which was about 5-5.5 hours. We didn’t have any stops in between our journey..We straight away went to our resort which is a part of a fort that has been restored into a resort. Our resort was Ranvas at nagaur, which is a decent 4 star property.

The Haveli at Ranvas at Nagaur

The environment is filled with plants, bushes, birds and trees. During our stay, the resort seemed to be quite empty but it had a vip guest staying, Mr Amit Shah, The president of the nation’s ruling party BJP. He had come for some program to Rajasthan, hence, a few of his people were also staying at the resort. It was almost afternoon by the time we reached our resort. We rested in our room for the resort of our afternoon, which was large and very spacious. Our room was built in a typical earthern style with all modern amenities. The place is filled with a long history and rooms form havelli’s here. There were like 2 rooms sharing a common garden with a big swing , to form a haveli. Our haveli was known as “Shekhawat Ji ki Havelli”. The rest of the afternoon was spent in relaxation, surfing and freshen up services given by us to ourselves! We then went out and roamed around the resort, at aroun 6 pm and took some wonderful pics. Check them down below! 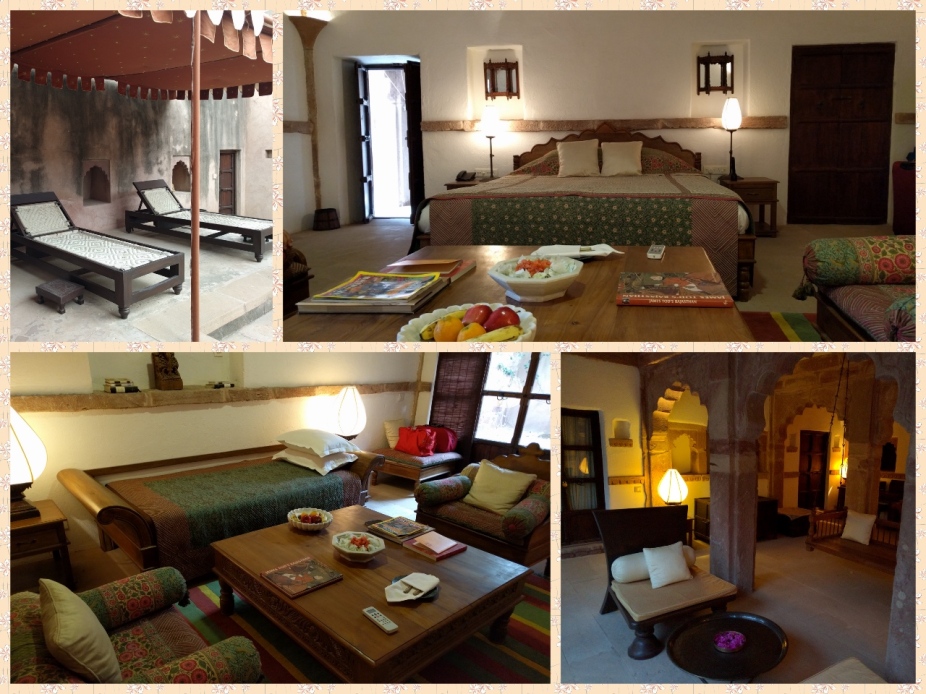 The luxurious interiors of the Haveli

We also got a chance to see some beautiful peacocks in the garden, with their royal colurs and sweet voice. It was also a coincidence to meet the manager of the resort who was on rounds. He was the one who told us about Mr. Amit Shah staying in their resort. We had a little talk with him and just saw the whole property which also included the fort, a part of which was under renovation, and also the resort store, which was unfortunately closed for the day.

Then, we just sat down around the restaurant and chit-chatted and did some surfing on the net and then had dinner in the restaurant, which was facing the front of the property. The restaurant was empty except for some people who came a little later, by the time we had finished(9pm). For dinner, we ordered some lime juice to drink, tandoori roti, ker sangria(desert beans), Peas pulao and some dal makhni. Our dinner was light and filling. It is always a habit to give a bowl with water and a slice of lemon in it at the end of every meal, at an indian restaurant. But in terms of this, the restaurant was pretty unique. They did not serve the above but got a bowl of water for each of us and added a capsule like thing into it in front of us, which immediately turned into a small sized towel that could be used to clean our hands. This really surprised us and we appreciated the hotel’s thinking for such a unique idea..

Twilight at the Ranvas Haveli, Nagaur

Then, we headed back to our room and got lazy..Me and my grandfather watched our missed episodes of our favourite tv programs on the ipad, and then talked a litte & dozed off for the rest of the night! Gotta early start tomorrow!

Getting there – Nagpur can be accessed easily from Jaipur which has a well serviced airport.  Jet Airways, Air India, Indigo and Spicejet are airlines offering connectivity to Jaipur.   Nagaur also has a railhead and Indian Railways offers convenient trains from Jaipur.